But when your whole life gets swept up by a tornado—taking you with it—you have no choice but to go along, you know?

Sure, I’ve read the books. I’ve seen the movies. I know the song about the rainbow and the happy little blue birds. But I never expected Oz to look like this. To be a place where Good Witches can’t be trusted, Wicked Witches may just be the good guys, and winged monkeys can be executed for acts of rebellion. There’s still the yellow brick road, though—but even that’s crumbling.

They say she found a way to come back to Oz. They say she seized power and the power went to her head. And now no one is safe.

My name is Amy Gumm—and I’m the other girl from Kansas.

I’ve been recruited by the Revolutionary Order of the Wicked, and I’ve been given a mission:

Dorothy Must Die by Danielle Paige has 432 pages and was published in 2014 by Harper Collins.

Dorothy Must Die is an interesting twist on the classic children’s book, The Wonderful Wizard of Oz by L. Frank Baum.  What a fun book all the way around!  The title is intriguing.  The cover is unique and a little dark.  The premise is creative and the story itself is entertaining.  What more could you ask for?

This book was a quick read easily finished in just a few hours.  It is wonderfully strange and unpredictable.  I liked the characters and would gladly read the next in this series.  Dorothy Must Die is set in a dystopian future OZ.  I think it is fun to imagine Dorothy as the bad guy and the “real” bad guys are battling her to return OZ to the magical land that it once was.

Keep in mind that there is a lot of “darkness” in this book, as the title and cover indicate.  If you do not particularly like violence and death this may not be the book for you.  (Although as you might imagine it is not particularly realistic.)

Recommended for fans of The Wonderful Wizard of Oz and classic re-tellings. 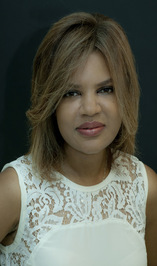 “Danielle Paige is the New York Times bestselling author of the Dorothy Must Die series, and the upcoming  Stealing Snow series (Bloomsbury, 2016). In addition to writing young adult books, she works in the television industry, where she’s received a Writers Guild of America Award and was nominated for several Daytime Emmys. She is a graduate of Columbia University and currently lives in New York City. You can find her on twitter and instagram.” ~Goodreads

“I’m not Glinda. I’m Glamora, her twin sister. She’s the Good witch; I’m the Wicked one. Of course, she’s also the one who’s turned Oz into the hellhole it is now, so it’s really all relative.”
― Danielle Paige, Dorothy Must Die

“Forgiveness doesn’t come easy for you, I see. Sometimes you have to bend so as not to break, dear.”
― Danielle Paige, Dorothy Must Die

11 thoughts on “Dorothy Must Die”