Good morning! I hope everyone is having an amazing day. Thank you for dropping by for day 2 of a special 3-day author spotlight. Make sure to stop by tomorrow to hear Dan’s advice for aspiring authors. If you have a question or comment for Dan, you can leave it here or visit any of his social media pages. The links are listed below.

Are you a full-time author or do you have a day job?

I am a full-time author. I do other things, like take my daughter on field trips, but full-time authoring is my gig. That involves a lot. It involves a lot of writing, a lot of editing, a lot of doing critiques for other people, being a story doctor for other author friends, an input advisor, a confidant, and a bouncing board for them – and they are all those things for me. That will eat up your day pretty quickly.

What is your favorite book that you have written? Why?

As a marketer, I’m bound to say my favorite book is the one I just released and currently promoting. Please go buy An Angel On Her Shoulder – it’s my fave and it’s great! 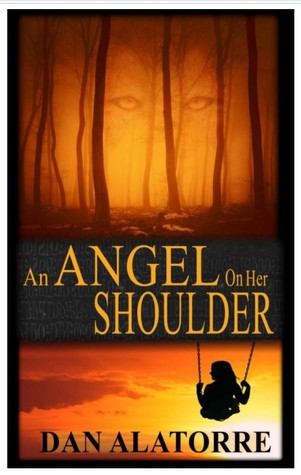 A series of unexplainable tragedies surround a family and their young daughter as they seek to determine whether they are possessed, paranoid or collectively going insane. Meanwhile, forgotten clues from the father’s past may indicate forces are at work in ways more ominous than any of them could have imagined.

You can buy it here: An Angel On Her Shoulder on Amazon

The fact is, every author’s favorite is the one where they took the most risks and really proved to themselves that they were brave enough to go out there and get outside of their comfort zone. For me that is Poggibonsi, a very unconventional romance story set it Tuscany. It is absolutely a hilarious story, and the sex scenes are very steamy, and the plot twists are just amazing, and it’s got a great pace. (Italians have said they love how I showed off their country, and I’m very proud of that.) 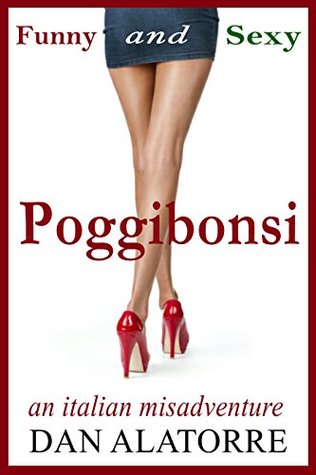 When family man Mike Torino lands a project in Italy, home of naked art, Valentino, and taxi-crashing yoga pants, he brings along his wife, hoping to rekindle their marriage. But romance gets derailed by head colds, constant bickering, and assaults from ankle-breaking cobblestone streets. Their daughter develops a gelato addiction. Mike’s Italian partner has a coronary. And as for amore . . . Mattie tells Mike to handle things himself—and storms back to America.

Mike is trapped. Leaving Italy will blow a promotion; staying might cost him his wife and family.

While reeling from Mattie’s frantic departure, a replacement liaison is assigned—a top-notch, beautiful young Italian woman who is instantly smitten with Mike and determined to reveal the passions of her homeland—whether he wants to see them or not! Normally immune, Mike is tempted—but is headstrong, voluptuous Julietta worth the risk?

You can buy it here: Poggibonsi on Amazon

But the one that readers like the best is my thrill-a-minute sci fi story, The Navigators. It’s a great story and it’s action-adventure, nonstop, can’t-put-it-down, cliffhanger at every chapter. You’re winded when you finish it, and there are lots of surprises along the way. That’s the one that I’m developing into a series. 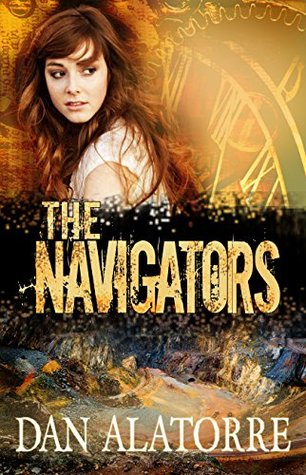 A freak landslide at a remote mine site uncovers a strange machine to Barry’s group of paleontology students. Wary of corrupt school officials, his team takes the machine home to study it in secret, reaching only one realistic – and unbelievable – conclusion: It was designed to bridge the time-space continuum. It’s a time machine.

Testing delivers disastrous results, sending one team member to the hospital and nearly killing another. When word leaks about the discovery, the ultimate power struggle ensues: the university wants it for funding, the power company wants its energy regenerating abilities kept under wraps, and a rival group wants to steal it for themselves. No one cares if Barry’s team comes out alive.

Fleeing for their lives, the students must fight the school, the police, and each other if they want to learn the truth about what they’ve discovered – a truth with more severe consequences than any of them can predict.

You can buy it here: The Navigators on Amazon

I’m equally proud of both, but if I had to take a favorite it’s always going to be Poggi because I really took a lot of risks in that one.

What is your latest book and what was the inspiration for it?

The book I released most recently was An Angel On Her Shoulder. It was inspired by terrifying actual events that transpired with a family who had a young child. Bad things always seemed to happen around the child’s birthday, and they began to wonder if that could even possibly be a coincidence after a while. That was the impetus to write a lot of personal things, like the death of a child hood friend and the death of a character’s mother, to incorporate deep feelings into a story that asks big questions. Readers are very pleased with it, as am I, and it’s been very favorably compared to Stephen King, so I’m very proud of that as well.

The latest book I’m working on is a murder mystery that shows the beginning of the story for one of the characters in Angel, and will allow later stories to happen with other characters from Angel. It will spawn a series, as fans have requested. The Navigators 2: Findlay’s Revenge (its working title) is also undergoing its final outline. Navs will also be a multi-book series, with the same fast paced action readers loved in the original, plus more great stuff I want to read – so I have to write it.

Have you read any of these books?

Do they sound interesting to you?