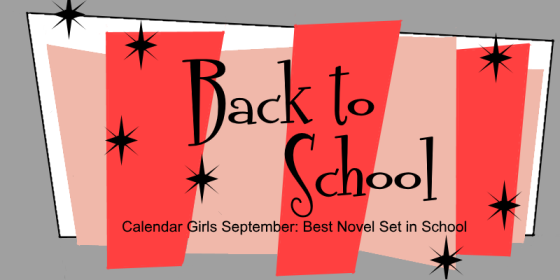 Good Morning! Today I am participating in the monthly blog event: Calendar Girls. I kind of cheated this time. The book I chose is not specifically set in a school. However, it has a few school scenes. It really is a good book and my other choice would have been one of the Harry Potter books. So without further adieu, my September pick:

The Cruel Prince by Holly Black has 370 pages and was published in 2018 by Little Brown Books for Young Readers.

The Cruel Prince tells the story of a young mortal trapped in Faerie. As she comes of age, she learns that deception is the safest way for her to survive. She gets pulled into a dangerous plot and must make hard choices in order to prevail.

The narration of this book annoyed me at first. There was just something I didn’t like about it. However, I got used to it pretty quickly and was easily drawn in by the plot. While the pacing could be slow at times, overall the plot remains intriguing enough to keep the reader interested.

With that being said, the ending was perfect. Black wrapped the book up neatly while setting up the sequel. The result leaves the reader satisfied but still wanting more.

I really enjoyed the characters in this book. I would like to see more in-depth character development in the next book.  It would be interesting to learn more about their motivations – particularly Cardan and Madoc.

All in all, The Cruel Prince was an enjoyable read and I look forward to the next book in this series.

Calendar Girls is a monthly blog event created by Melanie at MNBernard Books, and Flavia at Flavia the Bibliophile, and is now be hosted by Katie at Never Not Reading and Adrienne at Darque Dreamer Reads. It is designed to ignite bookish discussions among readers, and was inspired by the 1961 Neil Sedaka song, Calendar Girl.

Just like the song, each month has a different theme. Each blogger picks their favorite book from the theme, and on the first Monday of the month reveals their pick in a Calendar Girls post. Make sure to post back to the hostess’s post, and there will be a master list for the month. The master lists allow everyone to see the other Calendar Girls’ picks and to pop on over to their blogs. Thus, we all get to chat about books and even make some new friends!

Check in next week for our October theme! :*